This is a fictional version of the GOV.UK website depicting a dystopian Britain. Find out more about this site and why I created it.

Prime Minister begins 6th term in office. After unanimous verdict by the People's Council, this Government's term has been renewed for another 5 years. Prime Minister Boris Johnson praised this as "A testament to the hard work of this Government in promoting security and patriotism". 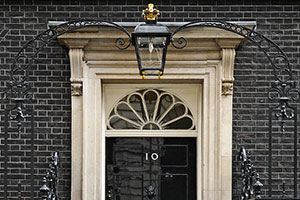 Addressing the people of this great country outside Downing Street, Prime Minister Boris Johnson marked the beginning of his 6th term in office by paying testament to the work of his Government since it came to power in 2019.

In the televised speech, Johnson celebrated his record in levelling up Britain, reforming the country from the bottom up. He pointed to his crucial work in abolishing the antiquated Houses of Parliament that has continually failed the country, replacing it with a truly democratic people's council with the power to legislate on the people's priorities without impediment by those that do not have respect for the institutions of our country.

Other services on GOV.UK